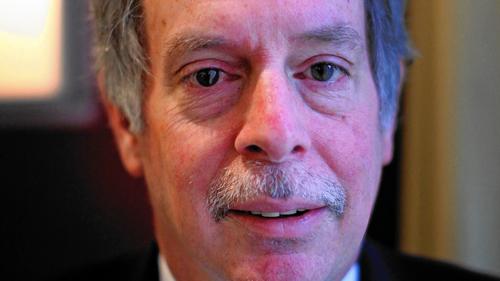 In preparation for the 2015 White House Conference on Aging next week, Seniors Speak Out’s Nona Bear spoke with Bob Blancato, a long-time advocate for older Americans who has been involved in the past three White House Conferences on Aging, twice in leadership roles. Below is the first part of the two part conversation. Be sure to check in tomorrow for the second part.

Nona Bear (NB): Can you explain your background when it comes to being an advocate for seniors? What are some of the issues you focus on?

Bob Blancato (BB): When Congressman Mario Biaggi of New York, my previous boss in Congress, became an original member of the House Select Committee on Aging in the late 1970s, his getting on the committee, and then becoming the chairman years later, gave me an unprecedented opportunity to become an advocate for older Americans. So it all came as a result of this work assignment. Today, many of the issues we work on are the same issues we’ve worked on in the past, such as promoting economic security for older individuals, ensuring quality of health, emphasizing the importance of the Older Americans Act, preventing elder abuse and combatting age discrimination. These are all issues that have transcended time and are still very important.

NB: Tell me a bit about your role in the past White House Conferences on Aging?

BB: I’ll have been to four of the six White House Conferences on Aging: 1981, 1995, 2005 and will be attending the upcoming one in 2015. I wish I had been at the 1971 Conference; it was such a dynamic event and had the largest crowd of any White House Conference. The best story that came out of it had to do with Richard Nixon who had Arthur Flemming as his executive director. They wanted Richard Nixon to announce the Older Americans Act so they prepared the speech and despite Arthur Flemming suggesting $50 million [to support the bill], Nixon came in and announced an initial support for $100 million. It is a thing everyone remembers, it blew everyone away.

NB: What has been the most remarkable achievement coming out of past Conferences?

BB: In addition to what Nixon did in 1971, the 1961 White House Conference on Aging laid the groundwork for the Great Society programs like Medicare, Medicaid and the Older Americans Act. The 1971 Conference also laid the groundwork for what became the National Institute on Aging and the Supplemental Security Income (SSI) program. In 1981, the Conference was very contentious, but it addressed the contrasting views of what to do with Social Security at that point. The National Commission on Social Security Reform, informally known as the Greenspan Commission, was created as a result and it came up with the plan that saved Social Security from bankruptcy. It was a tough vote, but it fulfilled its mandate of preserving Social Security.